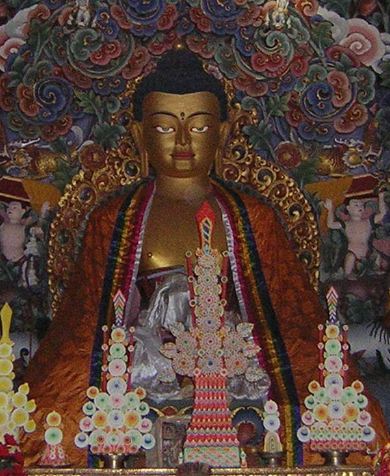 What makes us pacify and fawn on those we don’t respect – only to lose respect for ourselves? Or hold our peace when someone insults us or another? Are we intimidated into a silence that breaches our core principles lest we offend, draw criticism or anger? In life’s conflicted moments, how do we judge when it’s right to speak out?

There’s nothing golden about a silence that shrugs its shoulders because we’re too scared to say what we feel. We may dodge the vitriol aimed at us or – to our unspoken relief – at someone else, but each time we do so it may be at the cost of our own integrity.

Some years ago, when my kappiya* underwent a major operation, the charge nurse visited, checked her charts, and supervised the attending staff with a crisp efficiency – for which we were grateful – and a loud and ostentatious competence. The following day she arrived with an obese young woman in tow, introduced her as the hospital dietician, and pronounced mirthlessly, “She’s so fat, that’s why she’s in charge of the food!” adding an affected chortle.

The hapless dietician winced while my pallid devotee and I looked on – stunned by her odious manner. Still we continued to chat amiably as if nothing unusual had happened. I neatly rationalized my passivity, thinking, “Not my place to remonstrate” and “Better steer clear”. In truth, I just did not know what to say.

Seeing the poverty of my silence unearthed its ill-conceived rationale: her role as my kappiya’s carer. It simply would not do to upset her. And, besides, confrontation is downright uncomfortable.

So is the feeling in my heart when I recall the pained expression on the face of the overweight nutritionist. How could I pretend there was nothing wrong as the head nurse casually humiliated her colleague? Was my silence a subtle form of complicity? Giving into fear, I reinforce moral weakness – in myself and others – and unknowingly open the door for shabby conduct to end in abuse. Can any good could come at such a price?

We have all been the object of different forms of invective. Once I was invited for vegetarian lunch dana* at a temple where religious volunteers served a buffet of fresh curries, rice, and desserts on a donation basis. Buddhist monastics and their supporters came regularly to have their meal in the tranquil garden with its canopy of flowering trees, shrubs and sculptures of smiling deities.

My restriction to finish eating by noon meant I had to be very mindful of the time. Usually, by 11:30 a.m., I could begin pindapat at the servery while my kappiya dipped spoonfuls of food directly into my alms bowl.

As it was getting late, we stood ready near the food line. The cooks on duty, who were familiar with my rule, informed us that today’s meal was delayed and we would have to wait longer. By the time I received the food offerings and chanted a blessing, I had only a few minutes to eat and could not finish. So I emptied the leftovers onto a plate before washing out my alms bowl.

At that very moment, the head volunteer rushed towards me from behind the counter and launched into a sermon, berating me publicly for the terrible sin of wasting holy food. Referring to my rule, I apologized and assured him that no insult was intended, but my kappiya’s strident defense derailed any hope of conciliation. Even as I accepted responsibility and gently appealed for compassion, he continued to reprimand me.

These disturbing exchanges violate us. Responding from the principle of non-harming, my hesitation to choose what is ostensibly right may come not for lack of courage but because of the ethical complexities of human dynamics. While silence spun from fear is a poor cousin of peace, intervening might well be futile. Worse, I could exacerbate an already untenable situation.

In the case of our mistreated nutritionist, any protest may have added to her embarrassment. As for the pietistic temple cook, he would neither be placated nor would he realize how mistreating his guests demeaned his own moral ground.

Silence can be the harder choice. I bite my tongue and restrain the impulse to express how I feel. Doing so would be foolhardy without discretion and diplomacy for anger or indignation is less powerful than kindness – unless we succumb to it. But even if I uphold core values by saying my piece, must I do so at any price? Can I never be excused from failing to take a stand against poor manners let alone vileness and injustice?

Whatever we decide to say or not in the patchwork of human interaction, though guided by our moral code, it provides no precise script. Today’s insight may be a poor fit for tomorrow’s encounter. But the responsibility for restraining abuse belongs first to the one who perpetrates it; next, to those caught in its path. In most cases, we teach others – subconsciously – how they can treat us. Only I can set the bar for myself not to end up a victim or scapegoat.

Feeling too appalled or confused, can I wait to speak when I have a better chance of being heard? Though I risk losing the opportunity, I must take care to strike a balance, neither undermining my commitment to Right Speech nor mowing down others with sanctimonious zeal. At the same time, I should refrain from untimely apology or retreat that fail to uphold my own truth.

I speak well not by keeping silent, but by practising speech that is wise, compassionate, and true, protecting and dignifying my relationship with myself and others. And if I have no ‘right’ answer, at least silence can give me pause to reaffirm what is inviolable for me and guard it well.