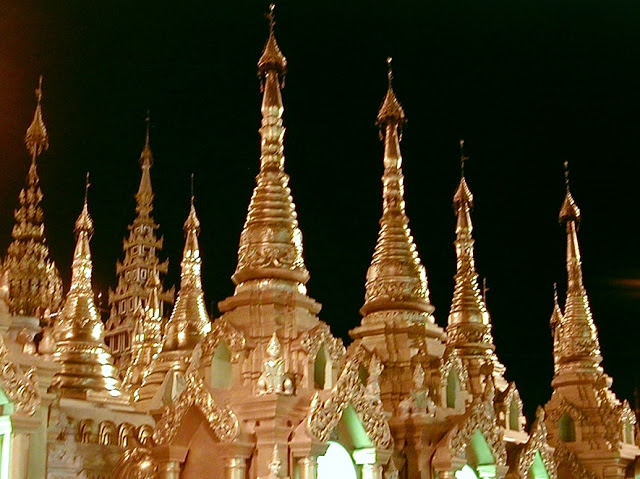 When I was 37, I undertook an intensive meditation retreat at the Mahasi Sasana Yeiktha in Rangoon. Within several months, inspired by the purity and profound benefits of the practice, I felt called to the holy life and, in honour of that intention, navigated through a maze of dusty roads to worship at the sacred Shwedagon Pagoda.

After circumambulating its golden stupa, I knelt in prayer at the Thursday Shrine and offered incense, flowers and candles. A friend of the monastery suggested an auspicious way to support my cause: paying one night’s electricity to light the thousands of lights in the entire Shwedagon Pavilion. I chose the next full moon night. It would be in March, three weeks away.

I shared my aspiration with one of the English-speaking nuns. She pointed to the golden pinnacle of the main Shwedagon stupa ascending into the sky between the rooftops of the monastery. How comforting to see it towering so near like a lighthouse for the Dharma!

The next day, I petitioned Sayadaw U Pandita to ordain me. He agreed only on condition that I take lifetime vows. This seemed unfair. Other foreigners who asked were given temporary precepts lasting several months, just to experience the life in the robe. I alone was singled out to make so final a commitment.

Sayadaw benevolently suffered my protests, and countered that I had tasted “enough of samsara – enough sense pleasure.” It was time to take the step for good. When I stubbornly remonstrated, he sent me to my cell to contemplate the decision.

There was nothing to do but persevere with my retreat. I practised diligently, sitting with the graceful Burmese nuns in the great hall and doing walking meditation in any shady nook of the garden. They, on the other hand, seemed immune to the sun and never flagged. As we paced back and forth mindfully, I felt a mysterious kinship with them.

My restlessness spiralled with the hot season temperatures. I lost track of the days, distracted by reflecting much on Sayadaw’s exhortation. Eventually, one morning after the meal, I found myself drawn to visit him again. 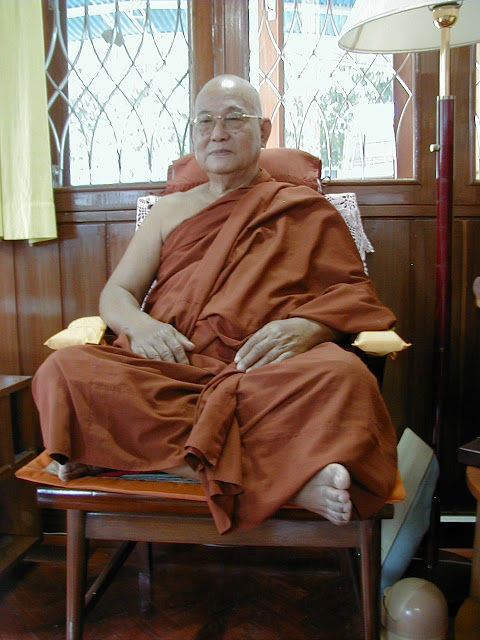 Barefoot, I entered his residence. Inside the shrine room, my heart pounded. Sayadaw was delivering a sermon to a crowd of local women. Wearing batik sarongs, their hair neatly pinned back, they huddled around him in polite posture, listening intently.

I took my place at the far end of the room. Unable to understand Burmese, there was time to rest on the cool of the teak floor. Sayadaw’s voice had a soothing effect but I was terrified. What seemed like an hour melted away. I plotted a suitable moment to slip out again as quietly as I had entered.

Making my bid to escape, I tiptoed to the door. Just as I raised my arm to push it open, Sayadaw ordered me to wait. The women retreated noiselessly while he beckoned me forward. Crawling towards him, I bowed respectfully and sat tensely at his feet. He wasted no words.

“Have you decided?”
“Yes, Sayadaw.”
“What did you decide?” he prodded.
Breathing deeply, I surprised myself and announced without a flicker of hesitation, “Yes, Sayadaw, I will do it. I will ordain for life.”

Sayadaw smiled avuncularly. He asked if I could be ready in three days and I nodded. Immediately, he called in two elderly nuns who measured me for the robes that they would sew in haste. I became excited.

Three days later, shorn, robed in pink, having taken the precepts and received my new name, I floated through the grounds of the monastery in a blissful state. My wish was fulfilled. 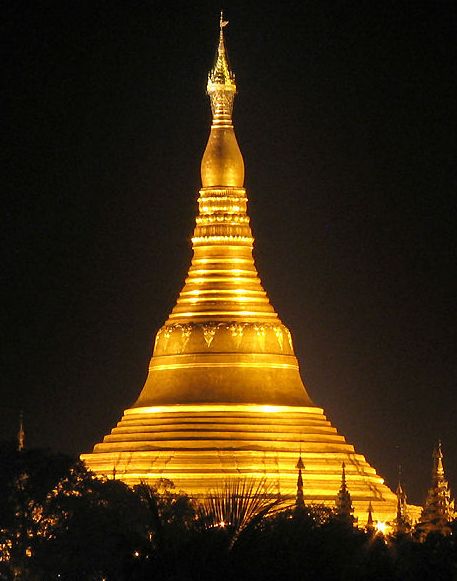 When daylight faded and a gong signalled the end of the last meditation, the tropical night drew in with its smoky fires and chorus of insects. A few nuns locked the hall while I crept up the steps, one at a time, to the darkened walkway that led to my cell, taking pains not to trip in my inaugural robe. Periodically tangled in its folds, I paused to rearrange and secure them. I could only giggle at my clumsiness.

Above me hung a resplendent full moon. There, in the night sky, I caught sight of a single majestic spire, dazzlingly bright, just where I had seen it three weeks ago – the glorious Shwedagon, bejewelled with light. I stood quietly for a few minutes, marvelling. Suddenly, it hit me – tonight, I had set the Pagoda alight.

Throughout the years, I have returned to that vision again and again. My offering of the lights long ago and the decision to take perpetual vows continue to bless me – for they still glow undimmed in my heart.