Ripened on the Vine 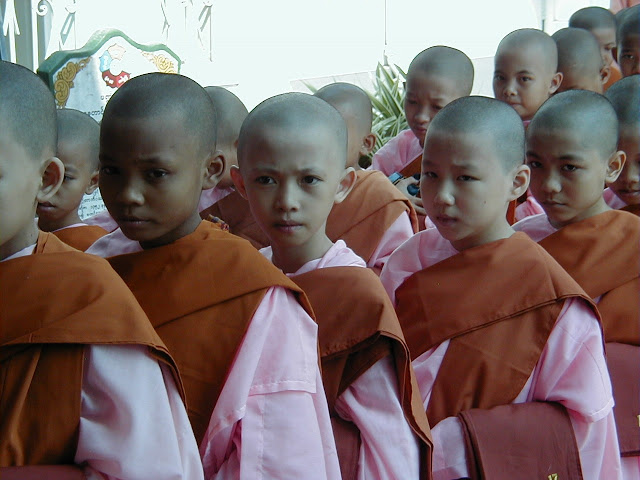 This morning, as I passed through the ‘wet’ market of Pulau Tikus with my devotee, an elderly man supporting himself with a walker shuffled awkwardly towards me. His daughter held him on one side, her elbow in his arm. Seeing my robe and bowl and shaven head, he let her go and, with palms pressed together, made anjali, respectfully bowing his head and incanting the formulaic ‘Sadhu, Sadhu, Sadhu’.

In wholehearted abandon, he began to pick fruit from the neighbouring vendor’s stall. At first he placed two apples into my alms bowl. Spotting a fancier variety, he set about selecting the choicest he could find. As he reached for the grapes, the shopkeeper motioned to him to hand over the fruit for her to weigh before removing them. But when she saw the cause of his excitement, she softened. For he was swept up in the devotion of giving and could not offer enough.

So effusive was his joy that he appeared to have forgotten his disability, his daughter, the fruit vendor and the protocol of the market. Beyond apples and grapes, the old man harvested the finest imported fruit with the urgency of one feeding a long lost friend – as if in that brief encounter he would offer all the generosity of a lifetime.

That generosity informs the power of my faith and renunciation. It acknowledges the sacrifice I make for what we all know to be true. And it nourishes my body and my heart. In the humbling that comes from walking life’s byways, powerless and content with little, I learn to trust giving myself to the unknown. And mysteriously, kindness provides for me.

Sometimes it is abundant, sometimes not, sometimes pleasant, at other times not. This is a universal predicament. None of us know what will come next and how we will respond – especially in this age of outrageous and unrepentant global terrorism. Though we may, for the most part, live with calm and confidence, we need just one grenade of the mind, one bad mood or ill-wind to blow before we are inundated by negative feelings.

As a mendicant, my happiness hinges upon the way I am able to bear not just physical rigours, but all the austerities of life. Whether I am praised or criticized, comfortable or poorly supported, calm or in despair, instead of following the bleak and destructive habits of the mind, I try to remember to be empty like my bowl, accepting whatever tightness of breath or furrowing of the heart may arise. And I use the mantra that everything is there to teach me. So as long as I am able to invoke gratitude for what is, I taste the unexpected benefit of being a beggar in the face of the present moment.

In community, the internal roar of discontent could easily be catalyzed by one unforgiving remark or interaction with a colleague that would send me into the rapids of feeling good enough, not good enough, worthy, unworthy, proud or humiliated. Living as a solitary, I am most vulnerable when – unmindful – I decry the present situation, hanker for change or brood over what was lost or could have been. In each case, the mind runs to thoughts of blame – outward or inward – instead of to blessing.

Whether what crushes me is the pressure of the group or the thrashing of my own internal critic, it is always a retreat from pain, a yearning for safety. And that safety is to be found nowhere except in the silence of being with the way things are. This wafts a benevolent wind into my sail and a calm enough sea to navigate my way back to serene and joyful presence.

Calling upon patient acceptance and unruffled resolve as allies in the most irredeemable moment is not enough. I need heroic stamina to persevere in my commitment, taking care not to fall into wrong sacrifice which would imprison me in my comfort zone. For clinging to what appears secure and stable eventually leads only to stress and distress.

Ultimately, the trust with which I give myself to the unknown moment comes from a heart that is open and willing to surrender. It is a generosity of spirit that enables me to move out of complacency and take risks. This giving is not selfish, smug, or self-congratulatory. It is asks nothing in return, just as the elderly man in the market who fed me so lovingly.

That generosity brings a greater joy. For in giving to what we love and respect, we feed the goodness in ourselves. And it is mutual. I become for him, as well as for myself, the fourth of the Heavenly Messengers – the renunciant.

My aging body and the illnesses of recent years serve to remind me of the first three – old age, sickness and death. And in the frailty of his advanced years, my old benefactor also acts as their herald – more potent for the way he overcame even physical dysfunction by the ardour of his faith.

Devoted to this work of emptying and opening the heart, the fruits we taste, like his joy in offering them, are greater than those of the earth. They are indeed heavenly – beyond pain, beyond death.

← A Frayed Knot
A Community of One →