A Community of One 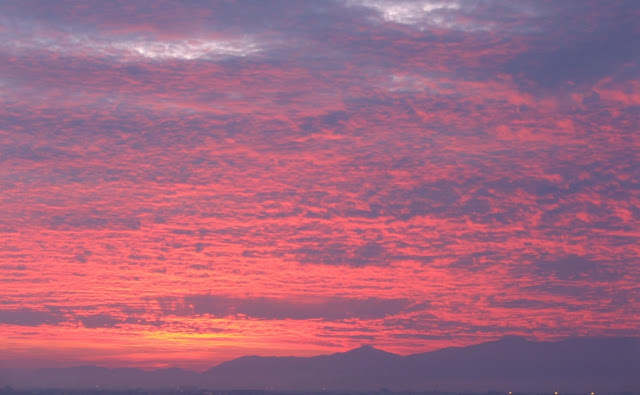 What continues to nurture me outside the formal structure of monastic community? Living with a group of companions committed to the holy life was a boon to my spiritual development. More telling has been the process of detaching myself from that framework and spreading my spiritual wings on my own.

Outside the cloister, there are few possibilities in Western countries for a solitary female mendicant to live in safety while remaining true to the ancient Buddhist monastic code. When I first arrived – a newcomer to the antipodes – the monks of a branch monastery were not prepared to offer shelter beyond a period of three months. In the secular culture of twenty-first century suburbia, I would have to find a roof over my head and muster willing helpers to feed me and take care of all my needs.

During the first year, I stayed in a number of private homes, moving as each became available. I even endured a stint at an esoteric New Age centre before being welcomed by a group of Cistercian monks who renovated a hermit’s hut in the grounds of their monastery for my retreat.

Finally, I was housed in an old wooden studio above a garage at the bottom of the landlord’s small garden. It was a quiet seaside hamlet that seemed conducive to contemplative practice. Over the years, this was borne out – but not in the ways I had anticipated.

The isolation allowed me time to be with myself unimpeded by the pressures of community. Each day in my temple hermitage, I meditated, chanted, studied, wrote, cleaned, and walked on the beach.

A menagerie of birds and neighbourhood pets regularly visited to feed on scraps emptied from my alms bowl. Observing them, I pondered every aspect of my existence and savoured the 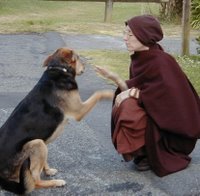 But practically, my situation as a lone monastic in so conservative a setting was precarious. An insidious and debilitating stress – stemming from the ongoing uncertainty of how I would be fed and the often unwelcome response from more guarded residents of the village – began to take their toll

I had determined to be content with little – even if it meant renouncing companionship and public approbation. Without the veneer of community or a sister in the robe beside me, my self-confidence soon buckled, especially under the stony gazes of parents shepherding their children from school or neighbours ignoring my cheerful greeting.

In time, I became a familiar sight and gained acceptance from the locals. Nevertheless, honouring my vows, I did not join their clubs, casual camaraderie and social activities. This continued to set me apart and frustrated my intentions to find a bridge of connection between us beyond talk of the weather.

Sequestered in this way on the edge of suburbia, I began to wrestle with the narrow parameters of monastic discipline. What was the point of setting out my bowl for the meal or marking my robes in the customary way with only myself as reference – like a pedestrian waiting at a traffic light when there is not a car to be seen? I felt compelled to uphold my vows in their entirety – just as in a marriage – they were not negotiable. Rallying myself not to compromise and recalling my teachers’ exhortations, I parried bouts of negativity and disquiet.

Nothing, however, brought me to my knees as much as falling ill suddenly at the start of a long period of silent retreat. Though a small group of supporters still provided meals, only one person came forward to help. There was no treatment that would bring relief. I just had to be patient. I had long wished to be a hermit. Now, in these times of despondency, I visualised the faces of my spiritual companions far away and felt unequal to eremetic life.

I suffered more from the sense of vulnerability and helplessness – with no one to look in and care for me – than from sickness. Lying on my bedroll on the floor in front of the shrine, I was engulfed by memories of kind novices delivering trays of food, hot drinks or medicine, and nuns bringing freshly-cut flowers, clean bedding, or just visiting to have a chat.

Where once I had lived with the benison of the sorority, now I had to face empty days and nights ‘alone with myself’ – confronting the hosts of fear, anxiety, pain and discomfort. Where I had been burdened with communal duties and schedules, now I could take time to be and do as I chose. But this meant dealing with every situation as a community of one. And so I had to care for myself – body and mind.

Until I endured these struggles, I would never learn how to take each day as if it were a gleaming stone salvaged from the shallows of a stream, and turn it tenderly in my hand. There, I can almost see my own reflection. And that is all I need to do.

← Giving to What We Love
Sole Food →