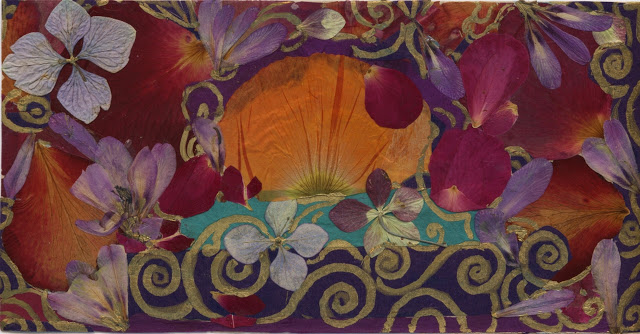 We are not “foodies” in the monastery. We’re simply human. The traditional incantation over the meal (translated from the Pali) goes like this:

Wisely reflecting I eat this alms food,
not for fun, not for pleasure,
not for fattening, nor for beautification,
but only for the maintenance and nourishment
of this body,
for keeping it healthy and helping with the holy life.
Thinking thus, I shall allay hunger without overeating
so that I may continue to live blamelessly and at ease.

I often wondered why we recited those unforgettable phrases each day when we sat together in the great hall to eat our main meal. But not at breakfast. Breakfast was for bagels*.

How exciting it was when we got bagels of a morning – never mind that they arrived on the wrong day, infuriating the donor who was not informed when the senior monk – seeing that we were receiving too many ‘special’ breakfasts – had casually postponed the memorial offering for her mother. Eventually they came – bagels and all the traditional trimmings heaped onto trays and passed down the line with excruciating mindfulness – to be rounded off with freshly-brewed cups of coffee.

For nearly 365 days of the year, we eat gruel and drink instant tea or coffee. But on that handful of days, benevolent lay friends would lavish us with another kind of breakfast. Porridge is unbeatable on cold wet English mornings. But marking festive days, death anniversaries, and other auspicious occasions with fruit, crunchy organic cereal, or bagels – every so often – was a most welcome change.

With our lives so regimented, restrained, and, in the darkness of winter, at moments dour, it was no wonder that such treats could do much to brighten the heart – even just fleetingly. There was plain enough fare in those early years. After meditating in the chilly shrine room on an empty stomach, we would be hungry enough to appreciate breakfast – however humble. Gruel and a steaming hot cup of tea in the same mug; and for our main meal before noon – beans, pulses, and rice were staple. Some made it a practice to forego breakfast, but to absent oneself from the community almsgiving ceremony was ‘unthinkable’.

Not only was it a fulfilment of our lineage but so much of our training transpired in those well-orchestrated moments of assembling to collect alms. Lined up in hierarchical order, we slowly processed alongside the cauldrons heaped with food to receive offerings from the laity. Then, after returning to our mats and chanting a medley of blessings – at times subdued, now and again off-key, and at times glorious – we would reflect wisely that the contents of our bowl were not for fun, not for pleasure, etc. and eat in silence.

As our community burgeoned in size and constituency, extravagant meals began to arrive so frequently that it became difficult even to contemplate eating yet again barely three hours after a bagel dāna. But there would be grave repercussions if we did not make a showing. And an overdose of calories if we did. Several monastics coped by noticeably downing enough mouthfuls as proof of their attendance before mindfully disappearing. Some of the more daring sloped out within a few minutes of chanting the blessing.

A few, on the other hand, chose to abscond altogether – if they could get permission to do so or were senior enough to be busy with something else. I had fallen into all three categories over the years. It was not quite in the spirit of renunciant practice or the Middle Way to ‘fess up to one’s seniors or be seen by one’s peers as being unable to eat the main meal because breakfast had been too heavy.

Cases of strategic planning were not unknown. Eat a huge breakfast and then fast for the rest of the day. That was a clandestine way to buy privacy, finish up a project one had pending, or take an extra long walk which was unmanageable in the clockwork timing of our normal regime. Those walks were important. Sometimes, when community life reached a boiling point and we needed to let off steam, a brisk, long solitary walk among the fields and gentle rolling hills was healthier and saner than sitting through the rituals of the meal with one’s heart on fire.

Our seniors, sensing that and empathizing, tended to respond leniently. And yet, over time, I also came to realise that there was something to gain from surrendering to the steam, giving up one’s preferences, and just being with the group, no matter how much it grated, no matter that each bite stuck in my throat and tasted of pain.

Then there was the practice of skipping breakfast for a host of similar reasons – getting time out from the community, indulging in austerity, or because we were either too tired or too unwell to attend. That could also mean a non-physical ailment. For some, it was simply unbearable to face, yet again, being hemmed into the silence of that intimate communal space – ‘huddled’ monastic fashion around our affable abbot while he held court from his place of honour in front of the refectory shrine.

Within this proximate community circle, monks ostensibly on one side and nuns on the other, and our lay residents and visitors neatly filling out the zone between us, it became palpably clear who was missing and why. We always knew. And we were compassionate.

Seniors had first pickings – so the holey delights would circulate down the line, polishing our patience as those in front pondered which would get priority: poppy or sesame seed. When the trays and cups had passed between us umptiyampi** times and the hour or so of digesting and listening to more esoteric pabulum had been well-savoured, we would dutifully scrape the leftovers into plates to be sent with flasks of coffee to the sick or otherwise absent.

Verbal lots were drawn who would deliver them. And I can testify to the joy of coming out of one’s room later in the morning, slightly sheepish, having missed the communal meeting for rather fuzzy reasons, to find a forgiving tray of edibles and steaming drink with – not infrequently – a tiny vase of fresh flowers carefully positioned on the carpet outside my door.

I will never forget those mornings of monastic gruel – and all that was given to us, exotic or plain. But more than the memories of years grinding through the heart’s lesions and holding fast to the sameness of rituals that redeemed us from losing the plot, what is pressed in my heart is how we could open to our pain and learn to feel the joy punctuating our tears.