After A Millenium – Venerable Kusuma Bhikkhuni

Posted on September 11, 2021 by saraniyasangha_admin 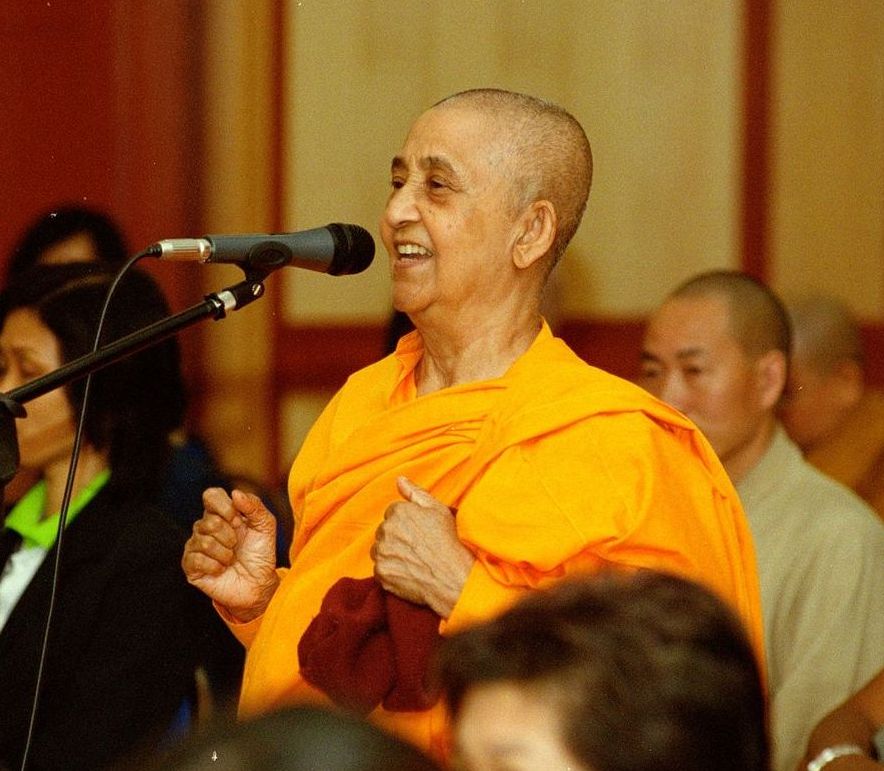 On Aug. 28th, 2021, Venerable Dr. Bhikkhuni Kusuma Mahatheri passed away peacefully in Sri Lanka. She was 92. Her doctors marvelled to witness such a peaceful death. We marvel at the gifts of her life.

Venerable Kusuma Bhikkhuni was internationally respected as a Buddhist monastic, scholar and teacher. We remember her and honour her remarkable service to the Buddha Sasana and, especially, her pioneer work for the restoration of bhikkhuni ordination in Sri Lanka after a lapse of 1000 years.

Profoundly devoted to the Buddha’s teachings, she was a loving mother and grandmother; a graduate in molecular biology in the United States; and a university professor of science and English. She also completed two doctoral degrees in Pali and Buddhist studies and established the Ayya Khema Meditation Centre in Sri Lanka, named for her beloved mentor. She authored numerous books, represented Sri Lanka at international Buddhist conferences, and, even into old age, she continued to travel throughout the world to teach the Dharma.

For all her early academic research, Venerable Kusuma Bhikkhuni’s fervent questions about the nature of existence were only resolved through her study of the Buddha’s teachings. Inspired by the ordination of the Buddha’s mother, Mahapajapati Gotami, and the verses of arahant bhikkhuni disciples of the Buddha, she travelled to Korea and Taiwan where she could experience living female Buddhist monastic lineages. In Sri Lanka, she advocated fearlessly for the uplift of female education and full ordination in the face of vitriolic opposition from the conservative Buddhist clergy.

At last, in 1996, she was able to formally take her own higher vows as the first of ten Sri Lankan candidates in a dual ordination ceremony in Sarnath, India. This historic ceremony simulated the ancient ritual for female higher ordination prescribed by the Buddha himself more than two and a half millenia ago. It was conducted by a united Sangha of elder bhikkhus from the Mahā Bodhi Society of India as well as elder bhikkhus and bhikkhunis from Korea, thus rekindling the Bhikkhuni Sangha for modern day Theravada Buddhism.

At its helm stood a lioness of a woman, Venerable Kusuma Bhikkhuni – courageous leader, compassionate Dharma mother, and stellar role model – particularly for bhikkhunis and women the world over. She embodied the noble qualities of a modern day Mahapajapati, blessing us with an indelible Dharma legacy for generations to come.

← The Wiser Your Heart
Giving To What We Love →