At the Core of the Coreless

Posted on October 15, 2018 by saraniyasangha 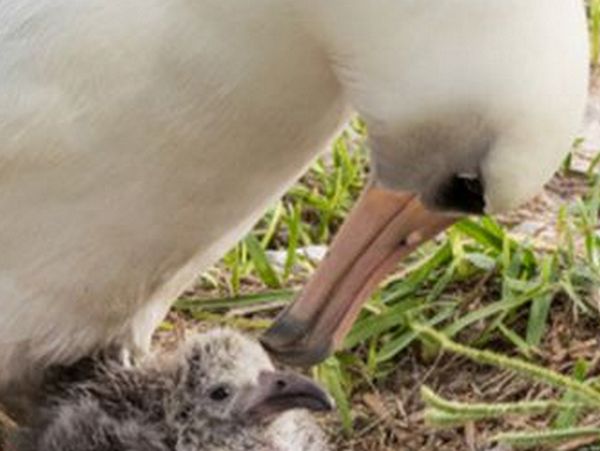 I’ve talked quite a bit about the tornado and the eye of the tornado. And I spoke more about the winds circling around the eye than the eye itself.  We tend to measure the speed and direction of such an intense wind storm but we don’t usually say much about the eye at its centre.

The interesting thing about the eye itself is that there is much to explore within that eye.  That eye is actually eye-ness.  It’s not an ‘I’, not a person. It’s not a personality.  And it’s not ‘an eyeness’ either, because that could quickly be thought of as an ‘i’ with a ‘dot-ness’.

The most valuable and unique aspect of the Buddha’s teaching is that this I-ness is empty.  It’s actually empty.  But we mistakenly perceive it to be full – until we learn how to see.

And learning how to see is not something we can do conceptually.  Our conceptual instrumentation is flawed. Not from birth, but from lack of training.

This particular path of practice and opening to this core which is coreless – that’s another thing. Language doesn’t capture it.  It’s a core but it’s coreless. Like a banana tree. It’s a tree that has no core.  Most trees if you cut them and look in, you find a core.  But the banana tree has none.  It’s coreless.  And if you take it apart, there’s nothing inside it – nothing at all. Absolutely nothing.

The finding of nothing is a very important discovery.  We can’t discover it conceptually. It can only be discovered intuitively.  During the process of discovering, necessarily we have to go through steps.

And those steps can be very painful.

When the shell is mature and the little foetus inside is ripe to come out, then the thickness of the shell becomes something that the little chick can penetrate with its beak.  And it starts pecking away until it makes a hole big enough for it to emerge.

But if the mother keeps getting up and leaving the egg, then these processes of the shell warming and the chick inside developing and the conditions for its breaking through never ripen.

So that can be used to describe a meditation practice which is sporadic. It does not have within it the right factors to develop the conditions for the mind’s ripening: the right warmth, the right attention, the right intention, the right clarity, the right consistency, the right commitment, the right effort, the right way of paying attention that warrants diligence, ardency, remembering to be present, to be studying, peering into the core so one-pointedly, so undistractedly that the whole process can mature and the chick can poke through the shell and see.

We engage in receiving those pains in ways that are unbearable, and we blame others or we blame ourselves; or we don’t blame anyone. We just feel hopeless, helpless, lost, unequal to the task, incapacitated, inadequate, oppressed, pressured – wanting to get out, wanting to run away. Wanting, Craving. We fall back into deeper and deeper states of exaggerated craving.  And this, of course, does not make the process of opening ripen.

It doesn’t lead to the celebration of that opening – that ability to see through. Instead, it misdirects us. We flap around a lot, and in our flapping we can create quite a mess.  And we feel even worse for all our effort. Then we make up our minds – this is a waste of time, this is harming, this needs to stop. That’s very common. It’s classical. We feel sure,“This is harming.”  So we have to stop!

That’s to our detriment because all of us are capable of opening. I know many women have described the pain of labour.  Perhaps it’s one of the most intense pains that a person intentionally experiences – because she knows it’s result is that the little chick is allowed to come out.

In this process we don’t realize that we are in labour. But we have other pains that simulate that – like a mental pain. It’s a heart pain, not a physical pain. By mental we don’t mean brain. It’s really important to distinguish that. It’s not cerebral pain but it’s a pain of the heart.

We don’t accelerate. We don’t try to manipulate the process or speed it up. We are just patient with it, realizing that this is an important and difficult ascent.  It’s an ascent of the highest mountain; or it’s a descent into the deepest possible space that exists in this world.

That’s how vast the journey is. How magnificent and immeasurable the whole process is. And it has to unfold karmically. We can’t intentionally speed it up because of craving, because of wanting a result, or expecting it to be a certain way and have it the way we like. This is all delusion – because the opening is a very major letting go. And that’s why it’s so excruciating – because we’ve been taught not to let go!

Yes, because we’ve been taught to cling, to own, to have, to possess, to increase, to inflate, to expand, to broadcast and receive results; to be gratified and have it pleasurable, have it satisfying, have it protecting us, keeping us well – so to speak – according to our socialized, acculturated definitions of getting well, and all of that.

But in this letting go, it’s like the letting go that those little boys in the cave in Thailand experienced. They were in the dark, they had no food, they could barely drink water – just a little drip-drop from the walls of the cave. And they were terrified. Because they were alone, abandoned, lost, down in the bowels of the earth.

So what a magnificent thing they were able to do because their teacher helped sustain them and guide them to be like little chicks in the dark within a shell, breaking through and able to see within their own body-mind process the corelessness, fearlessness, true deathlessness, the dying to the craving to get out, to be rescued, to be found.

He was able to help them – and they were captive.  There was nowhere to go, nowhere to run, nothing to run to. No succor of any kind. No comfort. No tangible oxygen tank or hero to carry them away in his or her arms. There was just facing death, disappearance, destruction.

But within the corelessness of their own little body-mind processes, they could find some space, some place, some way of being that went beyond all the panic, anxiety, fear and helplessness. They were able to go beyond that and touch it.

It’s very much what we’re doing here. And it feels artificial – because it is.  How many people would choose to climb into an oven and bake?  Do that, even heat the place up, or overheat the body – and look at your mind.

So by our choice of staying within these cloisters, we’re like chicks in a little dark space, little Thai boys in a cave and we feel like we’re trapped. This is because the mind is too frightened, too immature, too unripe to go into that corelessness and let go of the world enough to be able to see through. Not just to see.

We have to see through our enslavement to having all the things that we can experience through the sense doors – and we have to only use the mind door, the heart door.

Sit in front of it. Sit in front of it and be with it, examine it, know it, taste it, touch it, until we see that it doesn’t exist. There is no door. It’s just an empty space.  We are already in that.  We are that.  We’re nothing less than that – and yet – we are nothing.

We see what is detrimental, we see what diminishes us – and what takes us back to clinging. We see that.  We see how it begins and how it ends.  We see the ending of it.

In observing the endings and not being terrified by that, we start to taste the interior. Tasting the ending, tasting the emptying out is a wonderful moment. And it gives us a sense of trust, an “O, what is that?” moment. Something to experience, to know, to feel, to be with – without being. To burn everything for that.

It’s difficult to trust that there is something we have without experiencing it.  Faith is a difficult quality to develop.  But without it we are lost – lost in our doubt, lost in our ideas, and our self-view – which is the biggest prison of all.  In the meditation practice we have the opportunity to develop that trust through our own insight.  No one else can give that to us.

Once we develop even a little bit of trust, and we spend even one moment in that place that is so pure, we want to give more and more to it.  We are willing to stay in the cave to do that.  It’s very rare that beings can stay in the cave. Most people want to run out into the sunshine.

But the imperceptible light within us is even greater.  It can light up the whole world.  In the dark of night, it can light up our hearts – even in the middle of the greatest storm.