Not Equal and Not Less 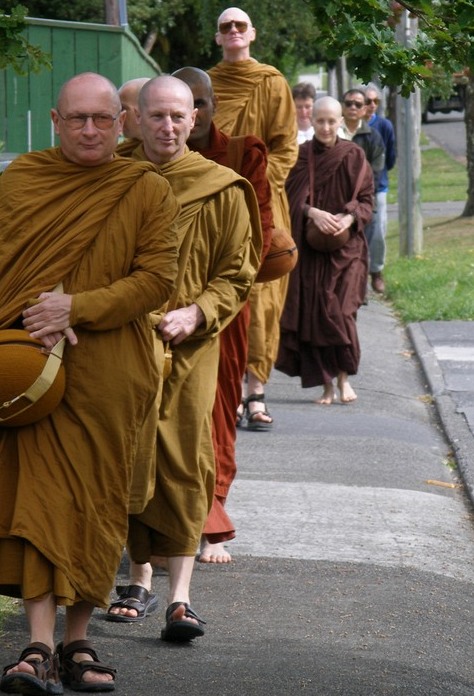 When Myanmar was still Burma, shortly after my ordination ceremony, I experienced directly the glaring disparity between Theravādin Buddhist monks and nuns. The first whiff came while meeting one of the Sayadaws*. I was with an American nun on temporary precepts who asked the correct way to disrobe when she returned home. His instruction that she don lay clothes and recite the Five Precepts in front of a Buddha statue seemed a paltry counterpart to the procedure required of monks leaving the Order.

Troubled that my vows, so precious to me, carried little weight with our senior ecclesiasts, I soon discovered this was only the beginning. Over the years I would encounter a ubiquitous and entrenched culture of bias. According to scripture, the Buddha himself had to be persuaded to ordain women, predicting that their admission to the Order would lead to its early decline. The disappearance of Theravadin bhikkhunīs* centuries ago certainly weakens the position of all women in my shoes.

That bias is rife among monks who impute women to be inferior and therefore incapable of the highest attainments. They cite canonical references to the precondition of birth as a male for the attainment of Buddhahood. Such attitudes eclipse core teachings and my own intuitive insights about anatta, no self – non-identification with both physical characteristics of the body as well as mental qualities of consciousness. I know that ‘I’ am not my gender, race or any physical attribute nor am ‘I’ my thoughts, moods or mental fabrications.

In the Buddha’s doctrine of redemption through individual effort, spiritual equality for all beings is a given. The discourses of enlightened bhikkhunīs who were the Buddha’s contemporaries, like arahants Dhammadinna, Khema, or Patacara, remind us that gender does not govern spiritual aptitude. Even so, I continue to miss empathy for women monastics in my chosen discipline and the rapids of religious misogyny are fierce.

Late one night in India, on pilgrimage with my shaven-headed supporter, we arrived on foot, laden and exhausted, at the sprawling complex of a palatial Thai temple. It was off-season. Outside a row of darkened empty rooms, we met a resident monk who interrogated us unsympathetically.

He knew my preceptor and where I had trained. Still, without so much as offering drinking water or a lamp to light our way back to the gate, he ushered us out unceremoniously into the deserted street, refusing us shelter even for one night. This stung – to be rebuffed by my own brother in the robe on ground sacred to the Buddha.

That night we were warmly received by the abbess of a Mahayana temple where a statue of Kuan Yin, the goddess of compassion, signalled a universal welcome to all visitors, irrespective of gender, religion, caste, or race. No questions were asked. She immediately organised a room to be prepared for us. Our weariness and disenchantment melted in the kindness of her community of monks and nuns.

On another occasion, I attended a memorial ceremony for a friend’s mother at a temple in Malaysia. Spotting me, the senior monk shouted confrontationally to my host, “Female?” No greeting, just that. When I approached and knelt in front of him, he brusquely waved me away to sit with the lay women that had gathered.

“Bhante*,” I said, “I just want to pay respects to you.” And I bowed three times before joining the other women.

It is hard to feel compassion for those who bear no shame to wear the robe while acting in ways unworthy of it. I may be junior in the hierarchy but I am not inferior. Any one who mistreats me for any reason does wrong, but their wrongdoing does not diminish me.

Regardless of how I am treated, I try to show respect and kindness to all beings – this is the heart of every true spiritual lineage. More than convention, it is our mandate – never to be ransomed to those who do less.

Sayadaw U Pandita once said he could not make me a bhikkhunī but I could become a bhikkhū*, one worthy of the robe, who sees the danger in samsāra* and having left the home life, ‘purifies the stains’. Moved and encouraged by this loftier footing, I would use it as my compass.

In every encounter, I can choose to respond well – with kindness, gentleness, and care towards all – unequivocally. That is the brief for my life.