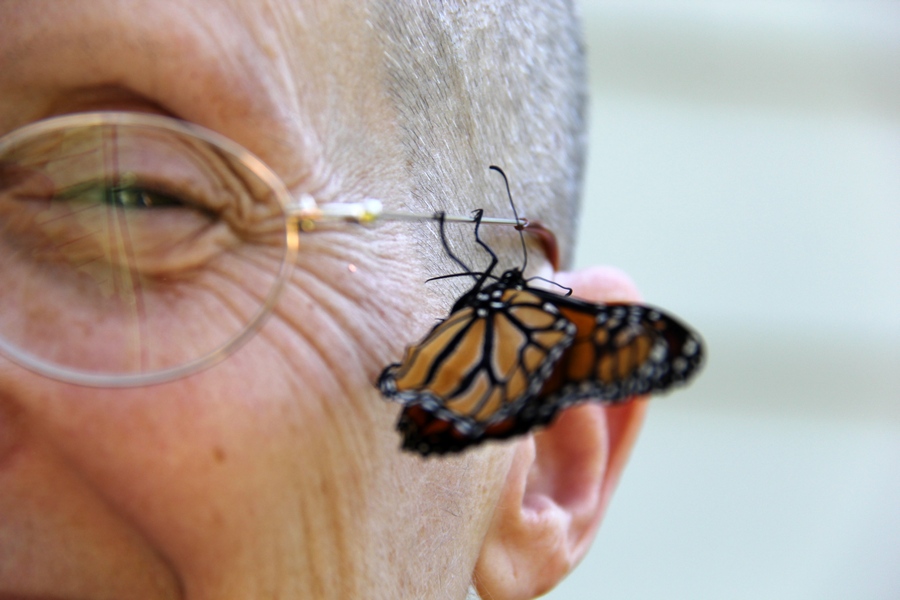 The teachings presented here are by Ayyā Medhānandī Bhikkhunī, the founder and guiding teacher of Sati Sārāņīya Hermitage. The daughter of Eastern European refugees who emigrated to Montreal after World War II, she began a spiritual quest in childhood that led her to India, Burma, England, New Zealand, Malaysia, Taiwan, and finally, back to Canada.

The French translation of  Ayyā Medhānandī’s talk, Inner Disarmament, about overcoming fear as a way to true peace; on the occasion of the 10th Global Conference on Buddhism, Neuroscience and Mental Health, June, 2017, Toronto Museum of Science.

Published in Regard Bouddhiste magazine, May 2016 (reprinted with permission), this French version of Ayyā Medhānandī’s article The Dhamma of Snow describes a winter snow melt episode and the enthralling insight into how melting delusions give way to Truth.

Written while based in Penang, Ayyā Medhānandī draws on her experiences in a monastic community in England, as a solitary nun in a coastal hamlet of New Zealand, and as an urban nun perched in a ‘sky temple’ overlooking the Malacca Straits.

Gone Forth, Going Beyond

Recordings of hospice meditation sessions led by Ayyā Medhānandī for staff and volunteers in Ottawa, 2008-2014.

Listen to talks given by Ayyā Medhānandī since 1996 at retreat and meditation practice venues in Canada, US, and overseas.